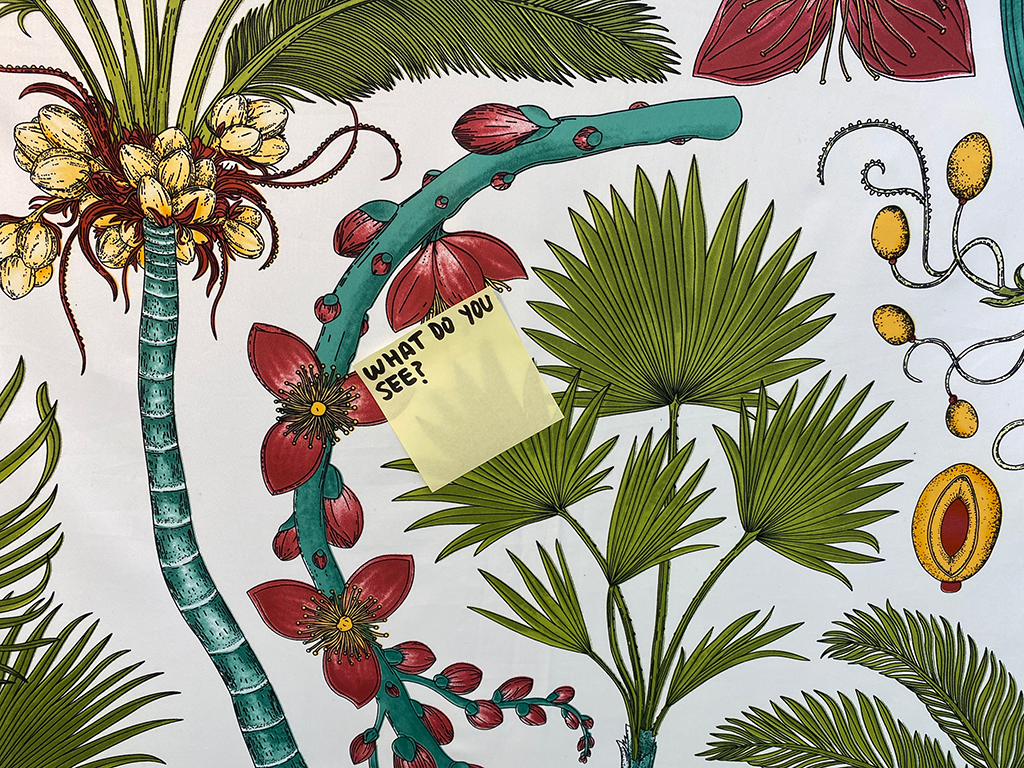 Maricarmen Gutiérrez Castro and Jorge Tadeo Baldeon Rodriguez have been developing a methodology for a Temporal Sensitive Laboratory, where they aim to re-signify and re-imagine colonial visual representations of bodies “from the South”. Within this hybrid laboratory, they experiment with different languages (live performance, theoretical inputs, video performances, video projections) and use the space as a documentation-collage.

In this encounter, Maricarmen and Jorge will share performances and documentation from this initial part of their research which is currently developed at Saari Residency. They will also share previous works and open a conversation with the audience, hoping to collectivise the questions: what do we see and what don’t we see when we see in “other” bodies?

Maricarmen Gutiérrez Castro (she/they) was born in Cusco, Peru. She is a performance maker,researcher and feminist activist. Her interdisciplinary work centres the body-territory in the struggle and celebration against patriarchal, colonial and capitalist violence. Co-creator of Sonqo Ruro collective. She has created and co-created feminist performances in public spaces in Peru, Germany and The Netherlands. She holds an MA in Performing Public Space by Fontys Hogeschool voor de Kunsten (NL). Currently she is part of the MA program Raumstrategien at Weissensee Hochschule(Berlin) and a resident artist at Saari Residence (Finland).

Jorge Tadeo Baldeon Rodriguez (he/they) is an interdisciplinary artist and independent manager, living and working between Peru and Germany. They use diverse artistic media, including performance, pedagogical tools, and space design, to link glocal social and cultural processes in critical reflection. His joint works with diverse collectives have been shown in Matadero (Spain, 2017), 34th Bienal de São Paulo (Brasil, 2021) and Museo Reina Sofía (Spain, 2022). He is co-director at elgalpon.espacio (Peru) and member of Yuyachkani Group (Peru), where he works as space and plastic designer and performer. Currently he is a resident artist at Saari Residence (Finland).