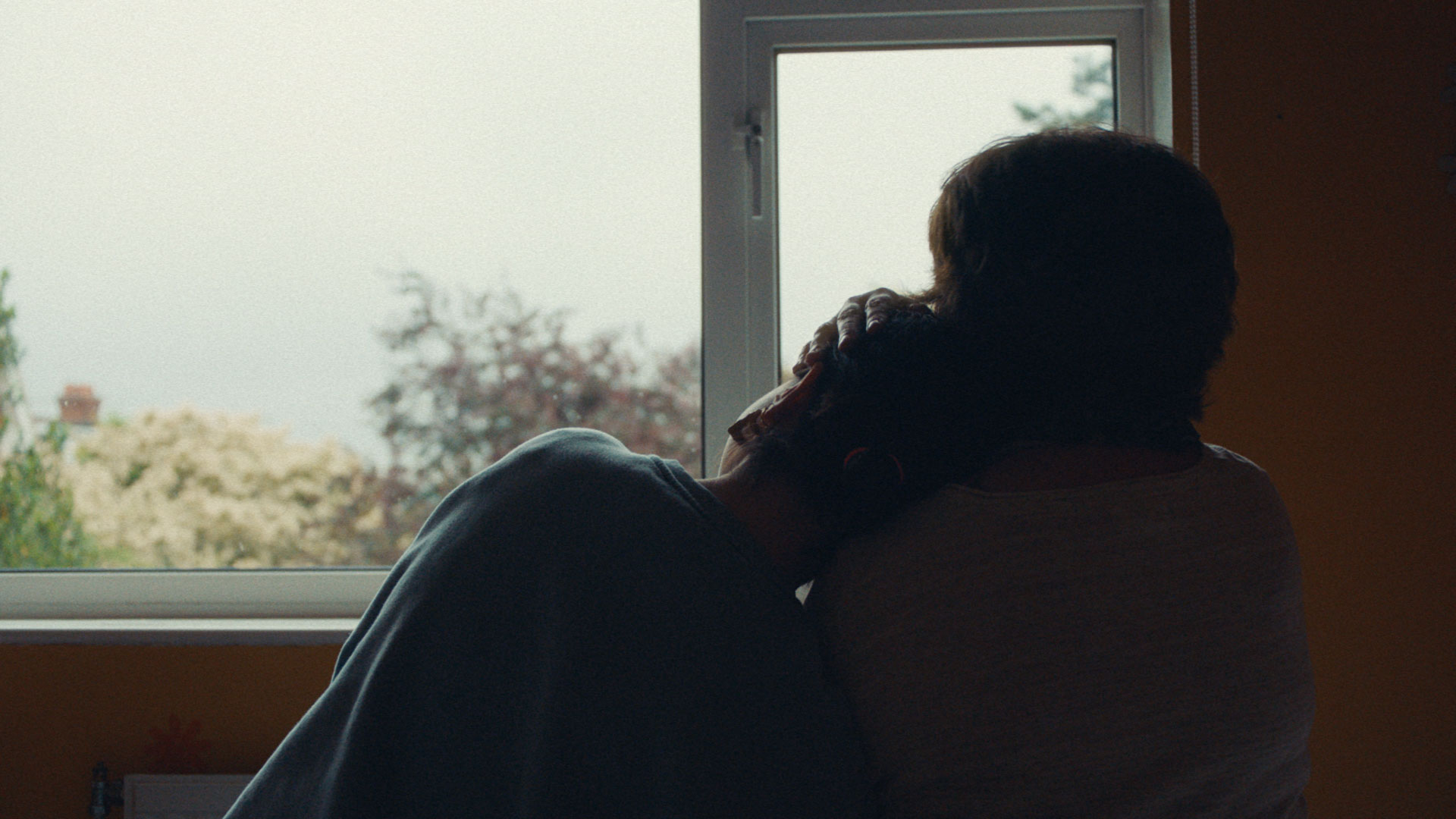 Program:
When Light is Displaced (2021), Zaina Bseiso
The Score (2021), Aleksandra Bilic
History Bleeds Under Your Fingernails (2016), Azar Saiyar
Followed by a conversation with Azar Sayiar
The conversation will be held in English.
All films are subtitled in English.
The screenings are curated by Danai Anagnostou.

Interested in its parallels with the fate of the Jaffa oranges, the filmmaker tells her father about her intention to film the last orange grove in Los Angeles. Their disagreement transforms the grove into a space of contemplation on the politics of storytelling in the multi generational experience of Palestine in exile.

In 1992, Maja Bilić and her children fled their home in Sarajevo on what would turn out to be the last flight to Britain from the former Yugoslavia, escaping the violence of the Bosnian War. Among the possessions she left behind was the prized piano she’d cherished since childhood. 30 years later, her daughter Aleksandra—now a filmmaker, writer and producer—has revisited her mother’s complex relationship with both her instrument and her lost home short film “The Score.”

“ We say ignorance is bliss. And you want to ask – to whom.“

We used to believe that being left-handed could lead to criminality, stupidity, and immoral behaviour. So we tried to educate our children not to use that hand. History bleeds under your fingernails is a short film piece on the history of taming the left hand and on the culture of educating the bodies that do not fit.

‍Danai Anagnostou is a creative producer for film and artist moving images; and a doctoral researcher in production studies. In 2019, she co-founded Kenno Filmi, a production company in Helsinki which hosts projects by international filmmakers, researchers, and artists. Her work is shaped through the participatory, interdisciplinary, and intersectional production practices that stem from the collaborative aspects of filmmaking. In ad​​dition to her practice, she studies contemporary conducts and strategies for producing films; and works on her doctoral thesis undertaken at Aalto University in Finland with the support of Kone Foundation.

‍Azar Saiyar is Helsinki-based filmmaker and visual artist whose art has been shown at film and media art festivals, galleries, exhibitions, museums and from television. She often uses archive materials and plays with images and words of collective memory to look towards the ways of looking, speaking, remembering and telling stories.

‍Zaina Bseiso is a filmmaker and curator working primarily in documentary and experimental cinema. Her interests revolve around diasporic relations to land, hope and potentialities. She explores Return as a notion that conflates and contracts sounds, images and ways of existing in the world. Recently, she joined the programming team at the Points North Institute/Camden International Film Festival. She is also a 2022 Sundance Humanities Sustainability fellow. Her work has screened at Curtas Vila do Conde, Guanajuato, RIDM, DokLeipzig and Ajyal Film Festival, among others.

‍Aleksandra Bilic is Head of Development at My Accomplice and is a producer specialising in documentary films. Recent credits include The Great Hack (Netflix), 8 Barv - The Evolution of Grime (BBC Films), and Nascondino (BFI/Doc Society) which premiered at LFF in the Grierson Documentary Competition and is set for a 2022 release. She currently has one feature film in late development with the BFI, and a slate of work focusing on female led talent and looking to move into drama series. She is an alumni of Sheffield Future Producers 2017 and Film Independent DocLab 2021.